This take on the ridiculous ice bucket nonsense wins it all and (hopefully) ends the whole silly mishegas. I mean really, just donate! And if you dump ice water on your head and then think that gets you out of donating you are a horrible person

In his video of the challenge, Ayman al Aloul, who is based in Gaza, said that water is too valuable to waste and too difficult to freeze, so he used what was readily available: shrapnel, rocks, sand, and other debris.

Nice work clickhole! Which is a phrase I enjoy saying and I’m not ashamed to admit it.

Great piece in Rolling Stone on the regimented schedule and mystique of America’s most popular mascot.

Mr. Met typifies classic Mets fans, he is always optimistic and looking forward to the good times. He may shake his head or smack his head in his hands when the Mets make an error, but he’s infallibly hopeful. I come from a family of more small headed Mr. Mets. I just wish I had one of those T-shirt cannons.

News that the hazelnut crops of Turkey are in danger (who knew Turkey produced 70% of the world’s hazelnuts?) is treated almost lightheartedly as a threat to Nutella fans.

A few weeks back there was an article about the water needs of almonds that was eye opening and alarming. It takes about a gallon of water to grow a single friggin’ almond! Um, might as well go back to cow milk in that case. Given the water crisis in the west, 10% of all the water going to almond growing seems ridiculously irresponsible.

One hundred years ago in America a group of investigative journalists nicknamed the Muckrakers opened American’s eyes to numerous injustices and bad practices by business and government through their fabulously well read exposés printed in books like Upton Sinclair’s “The Jungle” and popular magazines like McClure’s. If you remember Mike Wallace on 60 Minutes in its heyday, where if you saw him and his camera crew standing in your foyer you knew you were going to be grilled, it was like that. Reporters like Ida Tarbell and Lincoln Steffens made it their mission to find the muck under the rocks of society and shine a light on the uncomfortable secrets of the rich, powerful and uncaring, comforting the afflicted and very much afflicting the comfortable.

The really remarkable thing is that things changed. Their work was effective. People read their articles and books, talked about the issues raised and a critical mass of attention to a hitherto unknown or unexposed problem became a cause for activists and politicians like Jacob Riis and Teddy Roosevelt to address. The Progressive Movement of the early 20th century was based largely on the outrage evoked by the work of the Muckrakers in calling attention to sweatshops, patient abuse, extreme poverty, tainted foods and medicines, monopolistic business behavior, etc. All based on the written word, no video, no TV images on the nightly news, no cell phone cameras capturing the horrors of tenements on You Tube.

Today it seems that the written word has been devalued. For example, reams of books and articles have been printed in the last 6 years on the abuses that created the Great Recession, but despite the best efforts of a crew of Elizabeth Warren’s to shine a light and re-regulate the financial services industry, little has changed. If only there was video of a collateralized debt swap screwing a homeowner, but alas.

You need video today to get people animated.

Not just today, of course, this isn’t really new. If not for TV reports on migrant workers in the 60s, Cesar Chavez’ cause would not have had broad support. If we hadn’t seen the Cuyahoga River explode into flame on film, the EPA might not have been signed into law. If Vietnam hadn’t come into our living rooms via Walter Cronkite each night, who knows how long the powers that be might have kept that debacle going?

It just seems really exaggerated today that if you have a story that is easily illustrated by video the TV outlets will show it over and over again and build that critical mass of outrage. And without that video, bupkis.

Here’s hoping that the video from Ferguson of a militarized police force terrorizing the people they’re supposed to be protecting, St. Louis police shooting a mentally ill man with a knife nine times, along with the video of Eric Garner’s senseless killing in NY will create the will to take a step back on the use of force by police.

I’ve been hesitant to even write anything on this because it’s a fucking snake pit. The most innocent Facebook post about how everyone should just get along in Gaza (think about the children!) will lead to angry denunciations and rhetorical witch burnings.

I personally am so fed up with the entire thing I came to the “pox on both their houses” stance eons ago. Which is controversial enough, given that something like 75% of Americans favor Israel under all circumstances and have adopted the stance that they wear the white yarmulkes and the Palestinians (read: Hamas the Merciless!) are just terrorists who eat babies, or who don’t care about babies, or something.

So despite that here goes:

1. both sides should send the children away, all of the Palestinian children, all the Israeli children, pack ’em up and send them to the four corners of the world for safety. I suggest Ireland, Michigan, Germany and Costa Rica. That’s 4 random places, but the kids would be safe there;

2. the adults just fight it out; and

3. whoever wins gets everything.

My bet is that the kids won’t even come back. A few months in Ireland and the kids will be so happy to be out of the ridiculously hot desert and all pervasive sand shit that they will have an epiphany and realize that the Middle East is a bullshit place for people to live in the first place. They’d come to the realization that nobody would live there at all except for the Bible and oil and that’s bullshit.

Then the victorious adults who won the whole shootin’ match (pun intended) can die there in the heat and sand while the next generation gets on with their lives in real places like Costa Rica, or Michigan.

I thought this was interesting. Three Waltons and two Kochs dominate their respective states. Two states (Maine and North Dakota) have richest people under a billion. Amazing how some of these names are NOT household names. Maybe people in their state know them but I don’t. 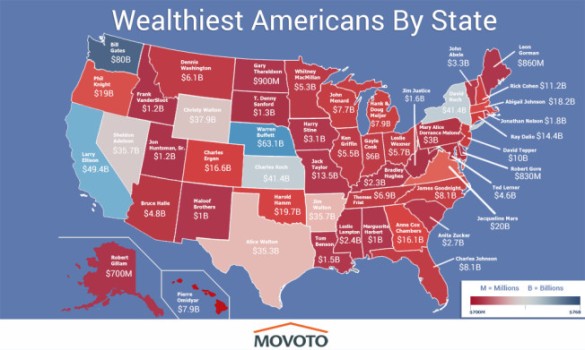 Oy! The Times of Israel has to pull an OpEd with the title “When Genocide is Permissable” What has free speech come to when Jews can’t talk about who they can cleanse from the Earth?

My pox on both their houses attitude towards the Middle East is a well earned position. There’s nothing more disappointing than lack of historical perspective from people who should be oozing it. Fer cryin’ out loud! Jews advocating genocide?

I’m walking down the street and I see this tee shirt. 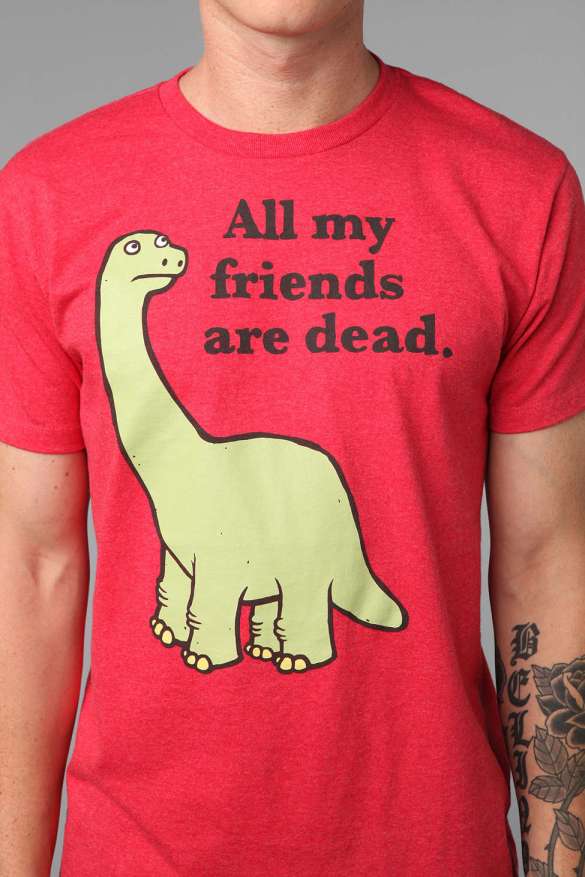 Then later in the day on twitter someone posted this picture: 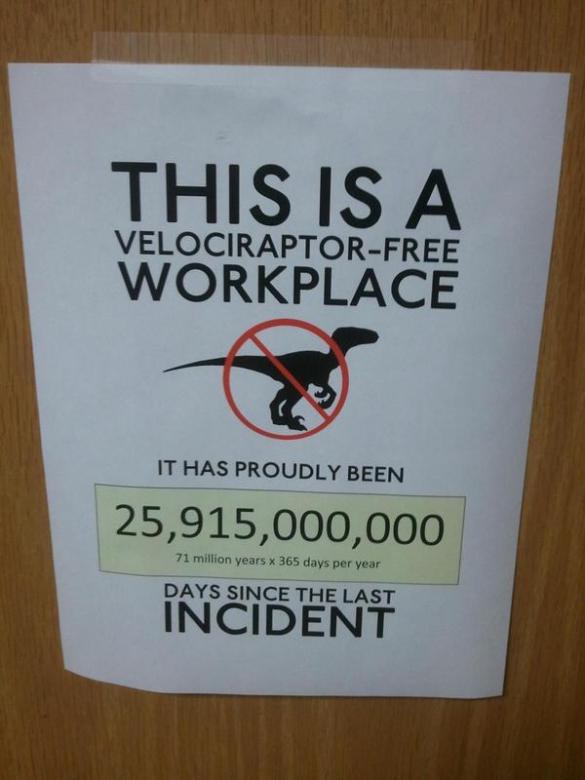 Are dinosaurs cool again? Or have they always been cool and I’ve just been oblivious since my kids lost interest?