Are rich people just jerks?  I had a discussion with a conservative several years ago about Antonin Scalia and he was explaining why he’s such a gadfly. I simply responded that with all of the stories of him being a conservative contrarian Scalia sounded less like someone with an intellectual  disagreement and more like, really, an asshole.

The working definition by the way is such:

We know that the superwealthy have a different agenda, I wrote about that a couple of days ago in regards to Illinois, but it’s really about almost everything. Polls bear it out. 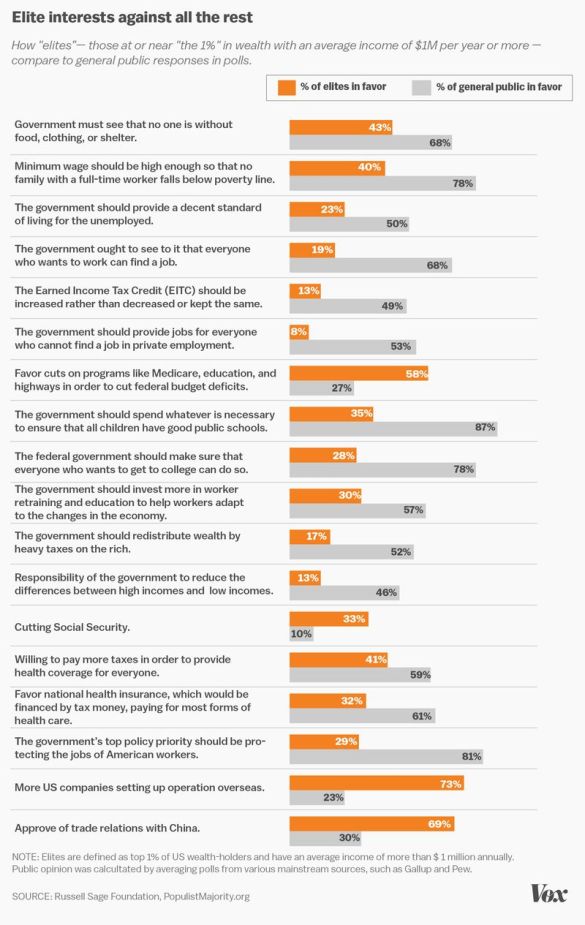 Maybe the 99% movement was wrong to focus on unfairness.  Let’s just call a spade a spade and say that the super wealthy are just selfish jerks you wouldn’t want to have a beer with, have as neighbors, and you certainly don’t want them making policy decisions.

Fuck those guys, go and vote fer cryin’ out loud.