Already a good day. Got tickets for the Boss for MSG in January. 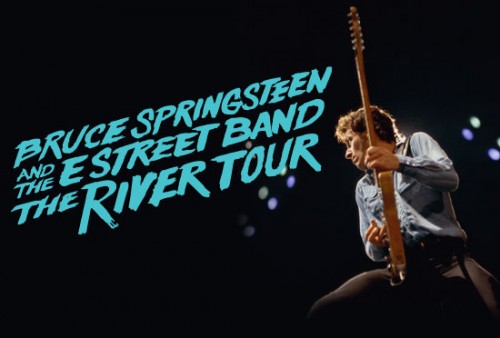 From brucespringsteen.net: “The announcement of the tour coincides with today’s release of “The Ties That Bind: The River Collection,” a comprehensive look at the era of the 1980 “The River” album that “Rolling Stone” calls “Springsteen’s best archival release yet.”

“The original The River Tour began Oct. 3, 1980, two weeks before the release of Springsteen’s fifth album, and continued through Sept. 4, 1981. With sets that regularly approached the four-hour range, the 140-date international tour firmly established a reputation for Bruce Springsteen and the E Street Band as marathon performers.”

Indeed, saw the original tour at MSG and what was then the Brendan Byrne Arena at the Meadowlands.  Think I might have seen it at the Nassau Coliseum as well.

Got a shirt too, still have it. Doesn’t fit that well, would never wear it in public. But I will find that sucker.