Might he hire David Wildstein, Bill Stepian and Bridget Kelly for the transition team? 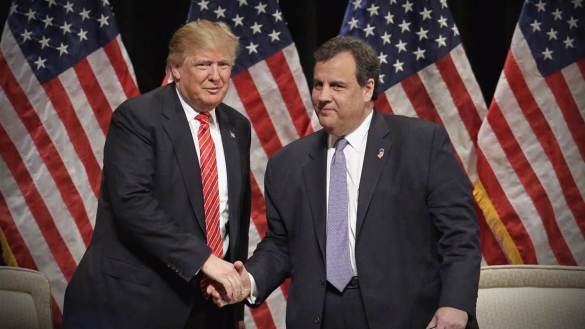 Trump just hired Christie to be head of his transition team. So he’d be hiring people to help Trump be presidential. The irony here is that, if you take Christie at his word, he’s a terrible judge of character.  He completely blamed Wildstein, Stepian and Kelly for the petty and vindictive GW Bridge closure which was planned as punitive action against Christie’s enemies. His only fault was that he trusted too much. So sad. (sniff, sniff)

Thinking that we should once again change Chris Christie’s moniker from “Damaged Goods” to “Sad” Chris Christie. It’s so sad that he had to come to the realization that his career had hit a wall and was dependent on the guy he called a “carnival barker”.