What’s unusual about the Trump situation vis-a-vis women, besides almost everything, is this:

Even with this Trump marches to his own irrational and annoying drummer.

And it can never be said enough that the Republican Party did this to itself. It was warned not to trust Trump and certainly don’t get in bed with him.  Trump reached under the Party’s skirts and fiddled with the Party’s danger zone.  In this one case slut shaming is totally appropriate. The Party wanted it, brought it on itself and it loved it!! 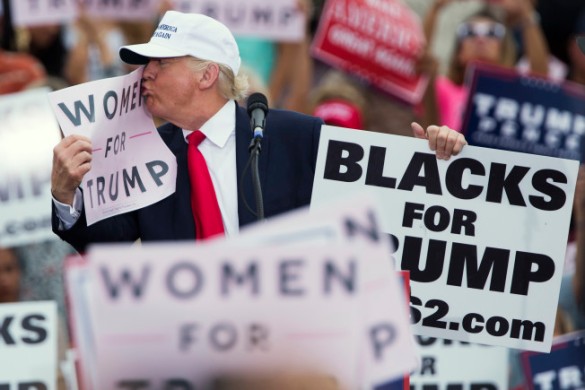 Trump is as transparent as he is stupid, so no excuses for his enablers.